This week I turned 33! I’m starting to feel old at times now but I don’t see it as a bad thing. I feel older but I also feel wiser and happier than I’ve ever been. Last year I wrote a 32 Things I’ve Learnt In 32 Years post so this year I’ve decided to reflect on the 10 things I’ve learnt in my early 30’s instead. I may struggle to come up with 10 things but I’ll give it a go!

One – Life is short.

33 years has passed so quickly. 2019 literally flew by, I have no idea where it went. One minute it was January, then summer then Bam! 2020. I don’t know if it was just because so much happened to me that it seemed to go so quickly. Maybe, but I’d like to remember a bit more about 2020 please.

Two – My tastes changed without me noticing.

With this, I refer to my favourite beverage of my early 30’s…. Gin. If you ever speak to my son, he will tell you mummy’s favourite drink is gin. He makes me out to be an alcoholic! The truth being, I usually only have a drink on a Friday.

But anyway, in my early 20’s I worked in pubs. I absolutely loved the smell of gin but when I actually tried it, I thought it was terrible. To be fair, I did try it with tonic which is what most people dislike. I don’t know when it happened but a G&T is now my favourite drink.

Carrying on from number 2, I actually choose an alcoholic beverage for its taste rather than its ability to get me pissed. I’ve tried drinking cheap gin and it just tastes nasty. It also gives me a hangover, unlike a decent gin.

Four – I still don’t know what I want to do when I grow up.

I love my job, don’t get me wrong. It pays the bills and it’s really rewarding. I’ve been trained to do whatever I wanted to do and I pretty much made my own role. I just don’t know if it’s my forever career. I’ve always been the creative type and being sat at a desk all week can get a bit monotonous. I just don’t know what else I’d want to do.

I don’t know if this is just laziness or a great mental health tactic. Maybe it’s a bit of both. I just can’t be bothered to hold a grudge. I’m a firm believer in everything happens for a reason. I don’t have time to overthink situations or go over arguments in my head over and over. It’s just too much effort. I’ll just get on with my life the way I want to.

Six – I still can’t work Spoon Theory to myself.

I call myself a Spoonie. (Someone who has a chronic condition or disability) The theory is, you have a certain amount of energy a day (spoons) and each task you do takes away different amounts of energy. Just getting out of bed can be 3 spoons. I’ve still not got the hang of it but I do understand that at times I need to rest. Hopefully one day I might get there!

Seven – Looking after yourself is important.

My skincare regime has become a massive part of daily life. I have creams and potions for just about everything and I love it. I’m actually pretty proud of how clear my skin looks these days. There’s barely ever a breakout and my skin tone is pretty even. Not just that, I use it as a bit of selfcare time too. There’s nothing better than spending 20 minutes laying on your bed with a face mask on.

I think this is a sign I’m getting old. Our local cinema is cheap and does have comfy leather seats but… I’d rather be sat on my comfy sofa at home where I can change position whenever I need to and I can eat rustly snacks without worrying about the poor stranger next to me.

We went to watch a film at the cinema a couple of weeks ago and Mr and I both suffered with stiff joints the next day!

After being diagnosed with Hypermobility Syndrome and a broken hip late last year I’d say this is massively important. I never thought that bending in weird and wonderful ways would do me this much damage. But you don’t think of these things when you’re younger though.

I know my body will never be pain free again but I’m determined to not do anything that can aggravate it any more.

I was worried about turning 30 but actually it’s not all bad. I’m old enough that I feel like a proper adult and I feel knowledgeable about life. On the same hand though, I’m still young enough that I can go out drinking and have a good laugh. I think the best thing is that my (almost) 13 year old daughter doesn’t see me as embarrassing. 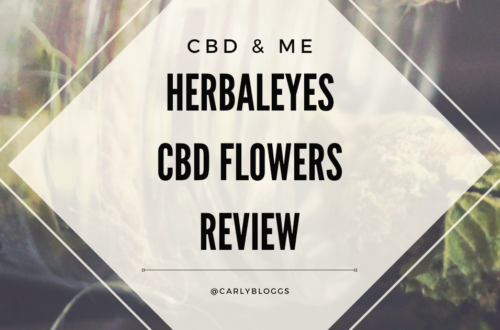 CBD And Me – Herbaleyes Flowers Review 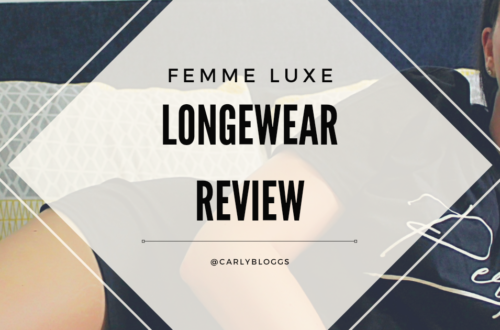