There’s always mixed reviews on “weightloss” and “detox” beverages and I do truly believe you have to be careful when you decide to try one. They are all different and some do have unwanted side effects.

I’ve tried a detox tea before which it on really well with so when Skinny Unicorn asked me to try their coffee I couldn’t say no! I love coffee so I knew I wouldn’t struggle to use this!

I did check over the ingredients first and there’s nothing in there I can’t read, which is always a good sign. The thing that stood out to me the most was that it had coconut in it, I knew I’d like the taste…. If it tasted like coconut coffee. 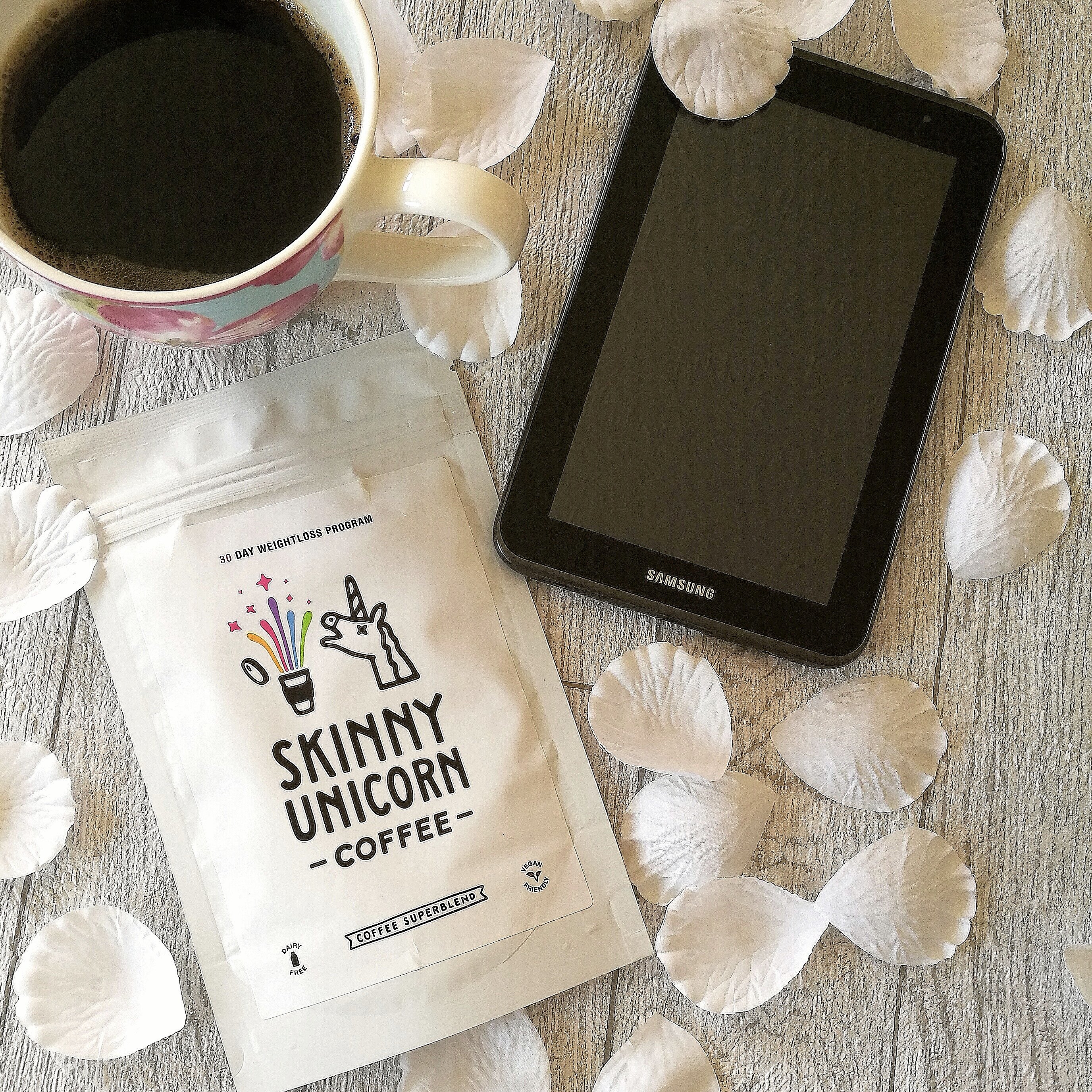 Skinny Unicorn coffee is designed to aid weightloss alongside a healthy diet and they do recommend exercise but that’s a bit of a swear word to me at the moment! It is also meant to help with increasing energy, reducing bloating and improving your complexion.

The instructions advise for it to be the first thing you drink in the morning and then wait 15 minutes before eating. Most mornings I managed it quite easily but work mornings could sometimes be a struggle. I done it though!

My diet is relatively healthy but I am “at target” so I’m a little hit and miss and some weeks are healthier than others so I figured I would be a good test for it!

I’ve tried a different detox coffee before that came in tea like, triangle bags. It was awful! I actually couldn’t face drinking it so I was really hoping Skinny Unicorn would be different! Luckily for me, it was. It has a naturally sweet flavour yet it does taste like coffee. I haven’t had to have sweetener or milk in it which is unheard of! In normal coffee I have both. I did have it with coconut milk for a few mornings which really enhanced the coconut flavour. I did also make an iced coffee with it one morning during the heatwave!

So, I have been drinking this coffee every morning for the last 4 weeks. My diet has still been a little hit and miss, I’ll be honest, it’s not been great. It’s the summer holidays…. That’s my excuse and I’m sticking to it! Actually, I probably chose to do this at completely the wrong time. I have the contraceptive injection and the last couple of weeks have been my “time of the 3 months” as I was due a new dose. This means I’ve had star week for basically 2 of the 4 weeks so Skinny Unicorn has had to battle more than just me being a pig. 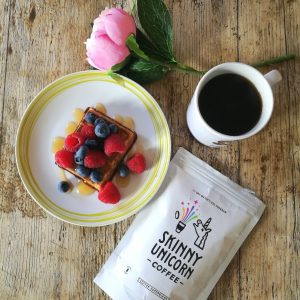 It has definitely made a difference to my appetite in the morning. Usually I have breakfast about half 7 and then I’ll be eating again by half 10 but I haven’t felt the need to while using Skinny Unicorn. I’m quite satisfied till lunch time. Has it helped with bloating? Yes, I think it has. I’ve had a couple of naughty meals that included gluten so usually the next morning I would still be quite bloated but I haven’t been.

I can’t say the weightloss has been phenomenal but I have still maintained which is a BIG surprise really. Week 1 I lost 2lb, week 2 I put on 3lb but then lost that again week 3. Then week 4 I stayed the same.

With having a clearer complexion, again, this poor coffee has had to go up against hormones and spots were imminent. I have to say though, I didn’t get as many as usual! Usually I’d get a dose of teenage skin for a couple of weeks but I’ve literally had 2 spots, one on my chin and one on my neck so I do believe it’s helped.

The one question I got asked when I started using it was “Will it give you the sh*ts?”. I can quite honestly say no! I think many of these “Detox” drinks can have a laxative effect but Skinny Unicorn doesn’t. There was no fear that I’d need to go dashing to the toilet at work and for this alone I’d recommend it!

Overall, I really liked this coffee and worked for me in some ways. As I said though, it was up against it! I will try again when/if I’m actually attempting to lose weigh. I do think it would work amazingly for someone who does intermittent fasting.

Have you had an experience with weightloss drinks? I’d be interested to know what you thought so do leave a comment below.

*Disclaimer – I was gifted a 30 day pack and all views are my own and no way influenced by the company. 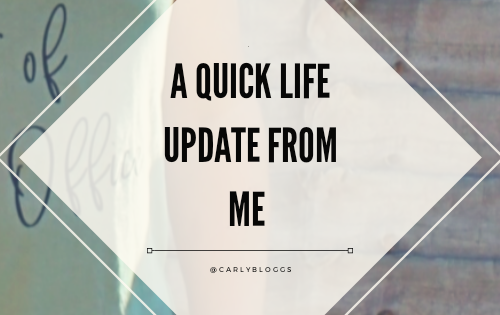 A Quick Life Update From Me 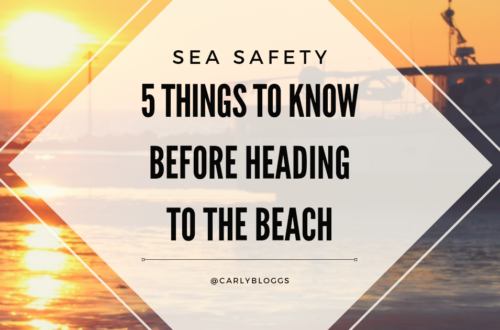 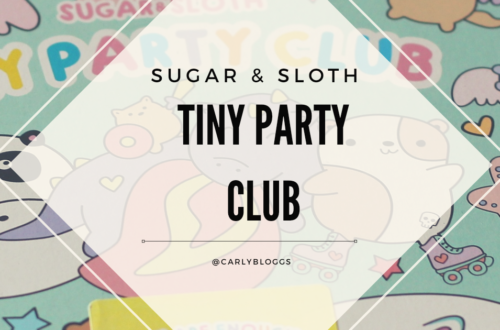